The C-27J has displayed impressive versatility. In the military domain it has been used as the basis for a fixed-wing gunship, known as the AC-27J Stinger-II, an electronic warfare platform in the guise of the EC-27 Jedi and as a platform to support special forces operations known as the MC-27J Praetorian. Beyond the military world the aircraft is illustrating its flexibility as an aerial firefighter. This March Leonardo announced plans to configure the C-27J as a water bomber via the addition of Simplex Aerospace’s Fire Attack System (FAS). This can be easily installed and removed from the aircraft when required, freeing it up to be used for other tasks when not needed to fight fires. Reports state that the FAS can be installed or removed from the aircraft in under 90 minutes with the tank capable of accommodating up to 10,600 litres (2,800 US gallons). The FAS is being offered as an option for new-build C-27Js and as a retrofit for existing aircraft. A scooping device is being developed by the SCODEV consortium to enable the aircraft to collect water when flying at 90 feet (30 metres) above water sources such as lakes, rivers or the sea. 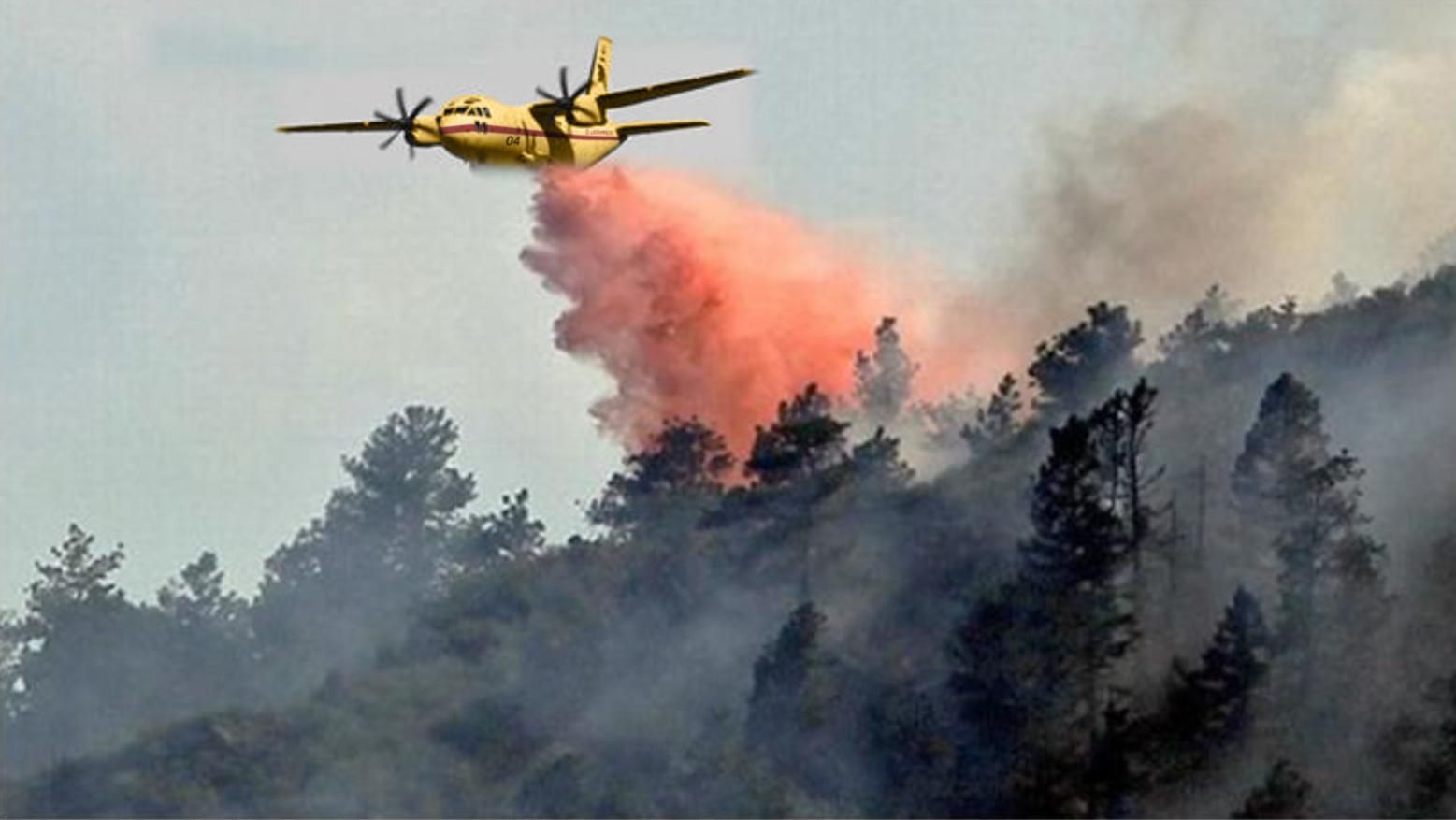 One of the attractions of using the C-27J as an aerial firefighting aircraft is that it could be configured to perform general freighter duties when not required as a water bomber.

The notion of using the C-27J as a firefighting aircraft has been around for some time. A report written by the Colorado-based research and consultancy company Convergent Performance commissioned by the US Forest Service and published in 2013 entitled C-27J Capabilities and Cost Analysis detailed some of the aircraft’s attributes for this role. The report noted that the aircraft could carry up to 7,570 litres (2,000 US gallons) of fire retardant with 2.5 hours of fuel. However, the report continued that circa 3,300 pounds/lb (1,500 kilograms/kg) of weight would need to be removed from the aircraft to this end. This could be achieved by removing the aircraft’s cockpit armour; mission equipment such as litter stanchions; ladders and tie-down chains; and the aircraft’s cargo loading system. Simplex Aerospace’s FAS promises to eclipse this initial assessment by 3,028 litres (800 US gallons).

Leonardo has already performed tests of the C-27J as a fire-fighting aircraft. In December 2013 a C-27J flown by the Forțele Aeriene Române (Romanian Air Force) performed test flights using Caylym Technologies’ Guardian firefighting system. During the tests the aircraft dropped six cardboard containers each of which can carry up to 1,000 litres (264 US gallons) of water or fire retardant which disperse a cloud of liquid over the targeted fire. These can be dropped at up to 1,500ft (457m) altitude using the aircraft’s rear ramp. The C-27J has already earned its spurs as a firefighting aircraft when equipped with the Guardian system, a Leonardo spokesperson told the author. The Romanian Air Force performed a firefighting campaign with the Guardian-equipped C-27J to help combat forest fires in Greece in July 2018. “Leonardo is finalizing the plan to update (the aircraft’s) civil certification in order to deliver the C-27J to civil or para-public firefighting operators,” the Leonardo spokesperson continued. This could see the aircraft certified to this end within the next 24 months with the EASA (European Union Aviation Safety Agency) and the US FAA (Federal Aviation Administration) so that it can be used by civilian firefighting organisations.

Work on the SCODEV scooping device commenced in 2014. Official literature supplied by the consortium stated that tests have been performed using scale models, boats, helicopters and computer simulations: “Results of the aerial and hydrodynamic behaviour tests were successful,” the firm stated. Additional flight tests, the literature added, will be performed in the third quarter of this year in Rome using an Italian Corpo Forestale dello Stato (State Forestry Corps) Sikorsky S-64 Skycrane series heavylift helicopter. Meanwhile Leonardo will trial the scooping device onboard the C-27J as part of the certifications discussed above. SCODEV’s spokesperson revealed that the scooping device is expected to be available in the 2020 to 2021 timeframe, and that some additional testing needs to be performed before the firm can request certification from EASA. SCODEV has also said that the company will apply for certification from the FAA.

From a cost perspective SCODEV says that the scooping device could cost up to €1.5 million although the system can pay for itself within nine months assuming a ten-year lifespan. Citing the firm’s own research private airborne firefighting firms can charge up to $85,000 per day of operations, which can include ten water deliveries. SCODEV argues that their system can allow an aircraft thus equipped to perform up to 50 deliveries per day at a cost of $1,700 per mission, compared to the $8,500 per mission charged by private operators. Looking to the future, SCODEV sees clear potential for its scooping device beyond the C-27J. It states that this could also equip Lockheed Martin’s C-130 series tactical turboprop freighter; an aircraft it widespread military service around the world: “(T)he worldwide potential for the SCODEV scooping device is around 2,500 aircraft,” the company’s literature continued. Furthermore, the firm is touting the device for the Armée de l’Air (French Air Force) Airbus A400M Atlas strategic turboprop freighters. A spokesperson told Tangent Link that the “system could be installed on military aircraft like the A400M which could deliver up to 30,000 litres (7,925 US gallons),” which they added is almost five times’ the volume deliverable using the Bombardier 415 water bombers operated by France’s Securité Civilé (Civil Defence) firefighting organisation. 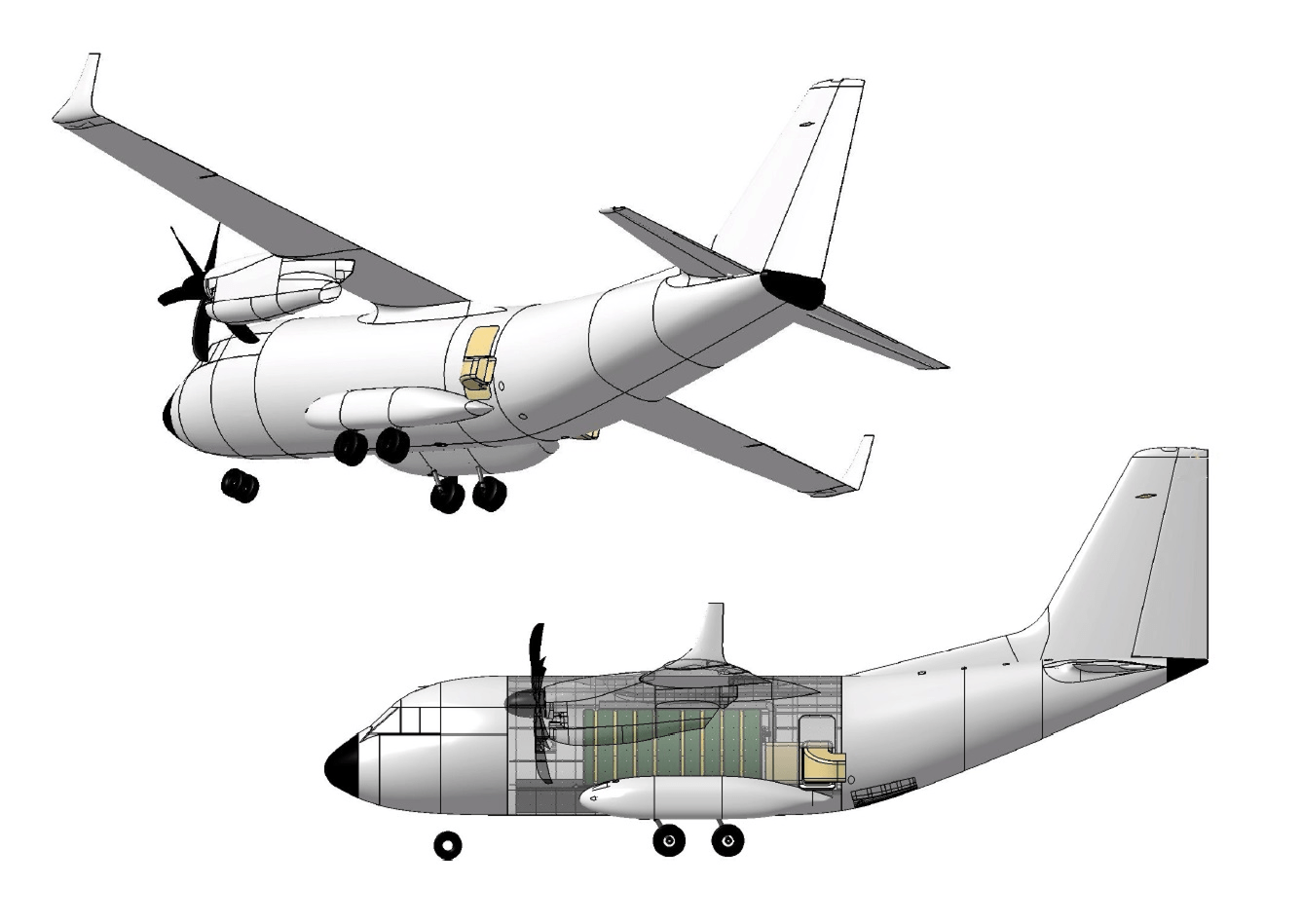 This image demonstrates how aerial firefighting equipment could be installed onboard a C-27J. The aircraft could be capable of delivering over 10,000 litres of fire retardant.

The development of the C-27J as a water bomber represents an important step in the aircraft’s development and potentially for aerial firefighting writ large. The C-27J is in service with 13 armed forces around the world. Several nations operating the C-27J experience forest fires on a regular basis, and the certification of the C-27J as a firefighting platform could afford these countries a powerful tool in their arsenal to combat the forest fire menace with equipment which can outfit the aircraft when necessary, freeing them up for other duties when not thus required. Unlike many members of the C-130 fleet used for the aerial firefighting, the C-27J is a younger design with several decades of firefighting life ahead of the aircraft.