Since the first Aerial Firefighting Conference organised by Tangent Link in Athens back in 2008, the event series has been steadily growing. More than a decade later, Aerial Firefighting North America 2020 (AFFNA20) enjoyed a rapidly increased interest. AFFNA20 attracted a global audience not only from North and South America, but also Europe, Asia and Australia. The event’s first day culminated with a Conference Dinner sponsored by DynCorp International with the Awards ceremony taking place on 4th March 2020 at the Aerospace Museum of California.

The Walt Darran International Aerial Firefighting Awards are presented annually to recognize significant contributions by individuals and organisations to the profession of aerial firefighting. The Awards were inaugurated in honour of the late Walt Darran, who was a pioneer and advocate for advances in aerial firefighting. Being a highly experienced S2-T airtanker pilot and former decorated US Navy aviator from California, USA, Walt was a constant and passionate advocate for safety and improvement in the international aerial firefighting community. Like in the previous years, nominations have been accepted in two categories. The Awards ceremony was conducted by Professor Johann Goldammer, Director of Global Fire Monitoring Centre and a long-standing Awards committee member.

The first Award in the Safety in Aerial Firefighting category was presented to Bill Moody, a well-known and respected professional who began his career as a firefighter, smokejumper base manager, regional/national fire/aviation specialist and instructor. 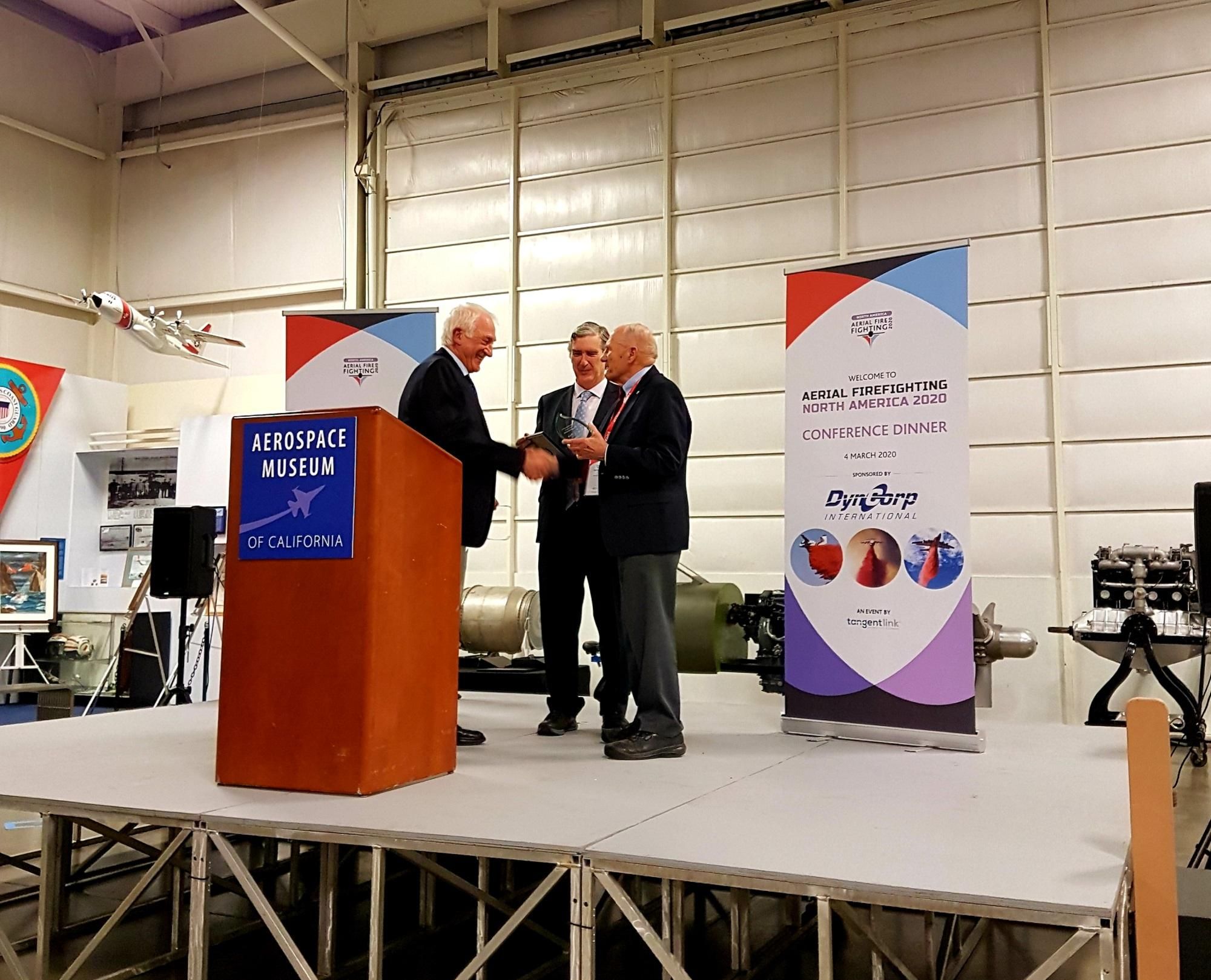 Bill Moody started his career in fire suppression in 1956. He devoted his life to halt and reduce the adverse consequences of landscape fires affecting our precious environment, human lives and the assets of our societies. He was an advocate for the safety of our dedicated firefighters in the air, on the ground, and between these two spheres – the smoke-jumping community.

After his retirement from the US Department of Agriculture – Forest Service in December 1989 Bill formed a consultant business which allowed him to continue instructing fire aviation courses in the United States, Canada and in Mongolia. Since 2004 Bill had also accompanied Evergreen Aviation in the development of the Boeing 747 SuperTanker project. As a primary author of the B-747 SuperTanker Operations Plan and related papers on potential fire uses of the B-747, Bill’s work had an enormous impact not only on aerial firefighting safety but also on international relationships of this community. 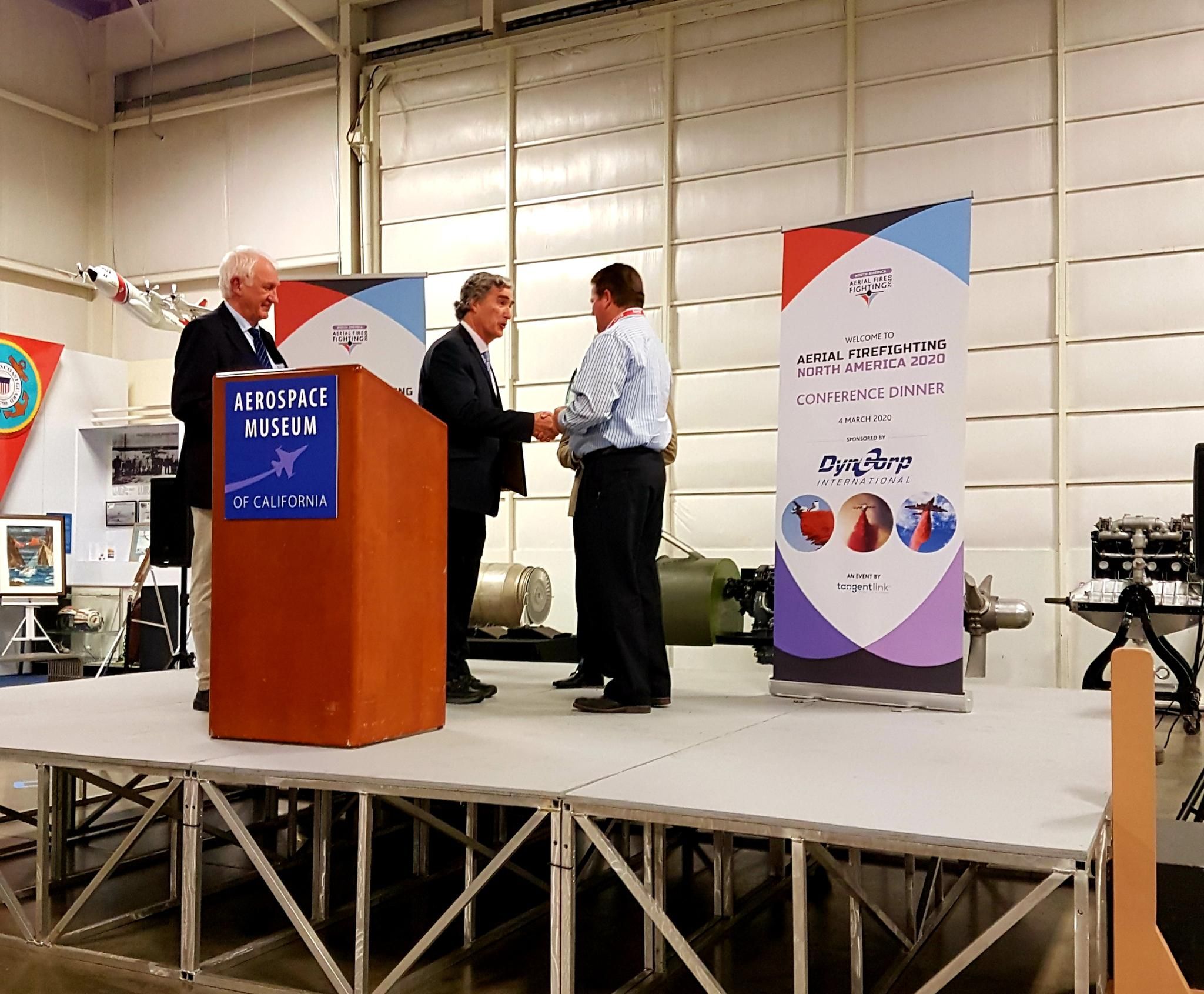 Larry Vandersall was a pioneer of the Firefighting Chemical Industry and served for approximately 64 years. He was a graduate chemist who began his work in the fire chemicals arena with Monsanto prior to the development of, what is known today as Long-Term Fire Retardant (LTR). The early deployment of airtankers was hugely successful for fire suppression with water, bentonite, borate and gels being the primary chemical agents dropped. It was only in the late 1950s that companies began to develop phosphate / sulphate-based products that, would not only act as a fire suppressant, but would also be effective to prevent combustion for weeks and months later. This technology has since been adopted worldwide.

Larry Vandersall specialised in phosphate-based chemistry and was world renown as a wildland fire chemical scientist. He spent several years doing research, development & application of long-term fire retardants and other wildland fire chemicals. He began his career with Monsanto working with teams dealing with various phosphate commercial applications. Soon after, he was assigned to California to work with several fire agencies including Los Angeles County, US Forest Service, and CDF (CAL FIRE) in the development and commercialisation of long-term fire retardants. Operation FIRESTOP was an effort by a giant task force involving these fire control agencies, fire research, federal civil defence and private industry.

Larry is known as the father of "fugitive" LTR which has bright red colour when dropped but over time will turn to earth tones and will blend with the landscape. This alone is might perhaps be one of the most significant innovations in firefighting.

Larry also formulated the first ever "gum thickened" retardants which exhibited elasticity and increased the droplet size. This allowed aircraft to drop at much higher and safer altitudes and achieve the same retardant volume on the fuel. The significant discovery of allowing retardant to be as effective at much higher altitudes continues to be a major safety achievement on the fireground even today. Firefighters’ work on the ground and in the air is much safer due to this single innovation.

Larry had an inspiring and charismatic personality. Several audience members knew him as a fair, and admired colleague as well as a friend. While he will be sorely missed by the aerial firefighting community, he will be also remembered not only for his contributions but also for his kind heart. Eddie Goldberg from PHOS-CHeK said a few commemorative words about Larry’s work before handing the award to Larry’s son Matthew Vandersall.

The conference dinner and Awards ceremony concluded the first day of Aerial Firefighting North America 2020. The highly successful event returned to McClellan Conference Centre in Sacramento on 4-5 March 2020 for its biennial edition, bringing together the thought-leaders of the global aerial firefighting industry.

For further information about the Awards, please visit www.aerial-firefighting-awards.com.