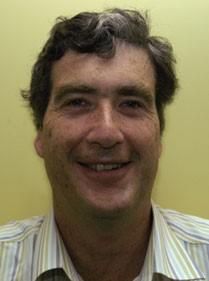 Richard Alder is the General Manager of the National Aerial Firefighting Centre (NAFC) in Australia. NAFC was established in July 2003 by the Australian states and territories to provide more effective aerial support for the combating of wildfires. It achieves this through development and implementation of national collaborative arrangements for aerial firefighting.

Richard has nearly forty years experience in environmental management, forestry and fire operations, including in field-based and operational positions.  Before taking over NAFC he was the Manager of Fire Operations for the public land fire authority in Victoria, where he was responsible for the development and implementation of state-wide strategies and policies on fire preparedness and response; the management of fire operations infrastructure and firefighting resources, including personnel and aircraft; and the overall statewide coordination of fire operations.  His responsibilities also included the provision of information and management systems to support fire management planning and operations.

Richard is certified to undertake a number of incident command system roles at bushfires including Air Operations Manager and Air Attack Supervisor and has also acted as an Assessor in these roles.

He has led or participated in a number of international missions to provide assistance for control of large bushfires including to the U.S.A. and in Europe.  He is currently Chair of the International Fire Aviation Working Group, an advisory group to the UN International Strategy for Disaster Reduction.

Richard was awarded the Australian Fire Service Medal in 2000, recognising the role he has played in innovation in bushfire management throughout Australia, especially in the fields of aerial firefighting, information management and training.  In 2003 he was awarded the Australasian Fire Authorities Council “Achiever of the Year” award for his work on national cooperation and collaboration in aerial firefighting. He holds an Honours Degree in Forest Science and a Diploma of Forestry and is an active fixed-wing aeroplane pilot with multi-engine instrument rating.