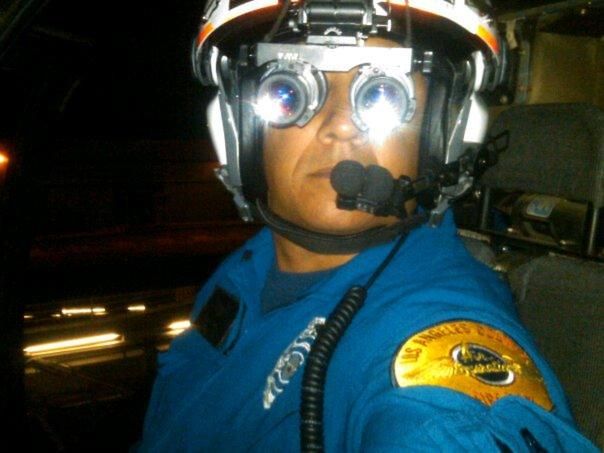 After completing Army ﬂight school in 1984, was selected to attend the AH-1S Cobra IP course the following year. Attended the NVG Instructor Pilot’s course later that same year. Completed the Instrument ﬂight Examiner’s course in 1989. He and also attended the Qualiﬁcation & Instructor Pilot’s courses for the AH-64 Apache helicopter as well. Held the position as the Standardization Instructor Pilot for his unit, and deployed to Operation Desert Shield/Desert Storm in 1990. After returning from the Middle East in April 1991, was ready for a new direction. Separated from active duty in 1991, and continued to ﬂy in the Army National Guard in Hawaii for 2 1/2 years. In 1991 began ﬂying extensive Utility helicopter work covering; Aerial Fire Fighting, Power-line Construction, Search and Rescue, Sling loads, Shorthaul, ACETA, Conservation, Concrete etc. Holds the following; ATP, CFII in Single engine, and Multi-engine land airplanes, and Rotorcraft Helicopter. Is endorsed for NVG Instructor pilot and an Airframe & Powerplant Mechanic. A short airline career in 1999 getting shelved as a result of the 9/11 terrorist attacks, in which he shifted back into helicopters again full time. Moved to Southern California in 2007, ﬂew for SoCal Edison for 3 1/2 years until getting hired in 2010 with LACoFD. Holds the rank of Senior Pilot, along with 3 others in Air Ops. He is the Aviation Safety ofﬁcer for the organization as well. Is directly involved with the SMS system, as well as CRM concepts. Flying for 36 years, with ﬂight time just over 18,000 + hours.